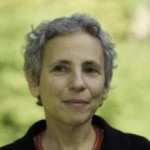 Gail Carson Levine was born in New York City, New York, USA. She is an American author of young adult books. Her first novel, Ella Enchanted, received a Newbery Honor in 1998. She majored in philosophy at New York’s City College, where she received her B.A. in 1969. She has written several novels include: Fairest, The Two Princesses of Bamarre, Dave at Night, The Wish, and The Fairy's Mistake. She has written other books include: Writing Magic, Disney Fairies, Ever, Betsy Who Cried Wolf, Cinderellis and the Glass Hill, For Biddle's sake, Princess Sonora and the Long Sleep, and Stolen Magic.