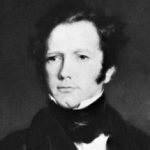 Captain Frederick Marryat was born in Westminster, London, UK. He was a British Royal Navy officer, novelist, and an acquaintance of Charles Dickens, noted today as an early pioneer of the sea story. He wrote several novels include: Mr Midshipman Easy, The Children of the New Forest, The Phantom Ship, Peter Simple, Percival Keene, Poor Jack, and The Settlers in Canada. He wrote other books include: The king's own, Jacob Faithful, A diary in America, The Pirate, The Naval Officer, The Privateersman, The Little Savage, Monsieur Violet, and The Three Cutters.