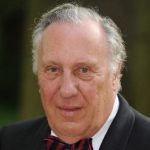 Frederick Forsyth was born in Ashford, Kent, England. He is an English novelist and former journalist. He joined Reuters in 1961 and later the BBC in 1965, where he served as an assistant diplomatic correspondent. He has written several novels include: The Day of the Jackal, The Kill List, The Odessa File, The Dogs of War, The Cobra, The Fist of God, The Afghan, Avenger, The Fourth Protocol, The Devil's Alternative, The Deceiver, The Shepherd, Icon, and The Phantom of Manhattan. Forsyth's works frequently appear on best-sellers lists and more than a dozen of his titles have been adapted to film.