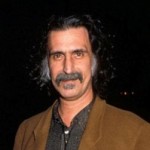 Frank Vincent Zappa was born in Baltimore, Maryland, USA. He was an American composer, musician, guitarist, songwriter, screenwriter, record producer, actor, and film director. In a career spanning more than 30 years, he composed rock n' roll, jazz, jazz fusion, orchestral and musique concrète works, and produced almost all of the more than sixty albums he released with his band the Mothers of Invention and as a solo artist. He also directed feature-length films and music videos. He directed several films include: Uncle Meat, Baby Snakes, and 200 Motels. His role in several films include: Uncle Meat,   Baby Snakes, and Head. His albums list shown below: Hot Rats, We're Only in It for the Money, Joe's Garage, Over-Nite Sensation, Shut Up 'n Play Yer Guitar, You Can't Do That On Stage Anymore, vol. 1-6, The Yellow Shark, Civilization Phaze III, and The Lost Episodes.