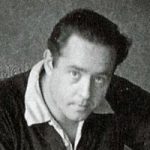 Frank Tashlin was born in Weehawken, New Jersey, USA. He was an American animator, film director, producer, and screenwriter. He was also known as Tish Tash and Frank Tash. In 1930, he started working for Paul Terry as a cartoonist on the Aesop's Film Fables cartoon series. He directed several films include: The Lemon Drop Kid, The Girl Can't Help It, Hollywood or Bust, Will Success Spoil Rock Hunter?, The Geisha Boy, Cinderfella, It's Only Money, The Disorderly Orderly, and The Private Navy of Sgt. O'Farrell. He produced several films include: The Girl Can't Help It, Say One for Me, and Will Success Spoil Rock Hunter?.