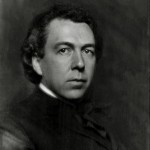 Frank Lloyd Wright was born in Richland Center, Wisconsin, USA. He was an American architect, interior designer, writer, and educator, who designed more than 1,000 structures, 532 of which were completed. He believed in designing structures that were in harmony with humanity and its environment, a philosophy he called organic architecture. His work includes original and innovative examples of many building types, including offices, churches, schools, skyscrapers, hotels, and museums. He wrote 20 books and many articles and was a popular lecturer in the United States and in Europe. His Selected edifices include: Larkin Administration Building, Imperial Hotel Toyko, Fallingwater, and Guggenheim Museum.