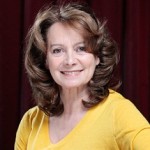 Francesca Annis was born in Kensington, London, England. She is an English actress. Her role in films include: The Eyes of Annie Jones, The Pleasure Girls, Macbeth, Penny Gold,  Krull, Dune, Under the Cherry Moon, The Debt Collector, Copenhagen, The Libertine, Revolver, and Shifty. Her role in television include: Reckless, Wives and Daughters, Deceit, and Cranford. A six-time BAFTA TV Award nominee, she won the 1979 BAFTA TV Award for Best Actress for the ITV serial Lillie.