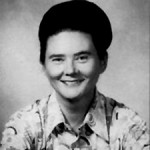 Florence Virginia King was born in Washington, D.C., USA. She was an American novelist, essayist, and columnist. In 1957, she received her BA in history from American University in Washington D.C. Until her retirement in 2002, her column in National Review, "The Misanthrope's Corner", was known for "serving up a smorgasbord of curmudgeonly critiques about rubes and all else bothersome to the Queen of Mean", as the magazine put it. After leaving retirement in 2006, she began writing a new column for National Review entitled "The Bent Pin." Her first book published under her own name was 1975's Southern Ladies and Gentlemen. She also wrote a historical romance novel, Barbarian Princess, under the pseudonym Laura Buchanan. She wrote other novels include: Confessions of a Failed Southern Lady, Reflections in a Jaundiced Eye, and Tired, Poor, Home and Here.