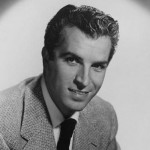 Fernando Lamas was born in Buenos Aires, Argentina. He was an Argentine actor and television director. His role in several films include: Story of a Bad Woman, The Avengers, Rich, Young and Pretty, The Law and the Lady, The Merry Widow, Sangaree, Dangerous When Wet, Rose Marie, The Girl Rush, The Lost World, Duel of Fire, 100 Rifles, and The Cheap Detective. He directed another feature film, The Violent Ones, which was released in 1967. He was most active directing on television, doing episodes that included Mannix, Alias Smith and Jones, Starsky and Hutch, and Falcon Crest.