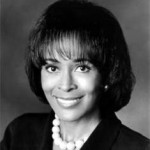 Faye Wattleton was born in St. Louis, Missouri, USA. She is an American activist, author, businesswoman, nurse, and social worker. She is the first African American, the youngest president ever elected to Planned Parenthood Federation of America, and the first woman since Margaret Sanger to hold the position. She is best known for her contributions to the family planning and reproductive health, as well as the pro-choice movement. She was awarded a bachelor's degree in nursing from Ohio State University in 1964 and a master’s degree from Columbia University in 1967. In 1967, she was an assistant director of Public Health Nursing services in Dayton, Ohio. In 1996, she published her autobiography, Life on the Line. In 1996, she received the Margaret Sanger Woman of Valor Award. In 2010, she became a managing director of Alvarez & Marshal, an international consulting firm.