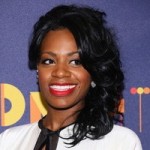 Fantasia Monique Barrino was born in High Point, North Carolina, USA. She is an American R&B singer. She rose to fame as the winner of the third season of the reality television series American Idol in 2004. She released her debut album, Free Yourself, which went on to be certified Platinum by the RIAA and garnered Barrino three Grammy nominations in 2006. In 2006, she released her second album, Fantasia. The album was certified Gold by the RIAA and received three Grammy nominations in 2008. Her third studio album, Back to Me, was released worldwide on August 24, 2010 and features the single "Bittersweet," which peaked in the top ten on the R&B chart. The single won her a Grammy for Best Female R&B Vocal Performance. Her songs list shown below: "I Believe", "When I See U", "Bittersweet",  "Lose to Win" , "I'm Here", "Side Effects Of You", "In Deep", "Without Me", and "No Time For It".