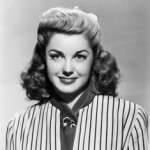 Esther Jane Williams was born in Inglewood, California, USA. She was an American actress, businesswoman, commentator, and swimmer. She set multiple national and regional swimming records in her late teens as part of the Los Angeles Athletic Club swim team. Her role in several films include: Bathing Beauty, Thrill of a Romance, Ziegfeld Follies, Easy to Wed, Fiesta, On an Island with You, Neptune's Daughter, Duchess of Idaho, Million Dollar Mermaid, Easy to Love, Jupiter's Darling, The Unguarded Moment, Raw Wind in Eden, The Big Show, and That's Entertainment! III.  Even before retiring as an actress, she invested in a "service station, a metal products plant, a manufacturer of bathing suits, various properties and a successful restaurant chain known as Trails." She served as a commentator for synchronized swimming at the 1984 Summer Olympics in Los Angeles.