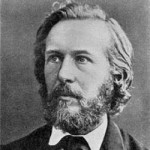 Ernst Heinrich Philipp August Haeckel was born in Potsdam, Germany. He was a German biologist, Zoologist, philosopher, physician, professor, and artist who discovered, described and named thousands of new species, mapped a genealogical tree relating all life forms, and coined many terms in biology, including anthropogeny, ecology, phylum, phylogeny, stem cell, and Protista. The published artwork of Haeckel includes over 100 detailed, multi-colour illustrations of animals and sea creatures. In 1857, he attained a doctorate in medicine from the University of Berlin, and afterwards he received a license to practice medicine. He studied under Karl Gegenbaur at the University of Jena for three years, earning a doctorate in zoology, before becoming a professor of comparative anatomy at the University of Jena, where he remained for 47 years, from 1862 to 1909.