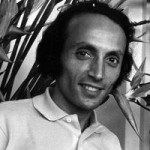 Erich Wolf Segal was born in Brooklyn, New York, USA. He was an American author, novelist, screenwriter, and professor. He was best known for writing the novel Love Story, a best-seller, and writing the motion picture of the same name, which was a major hit. He earned a B.A. degree in 1958, an M.A. degree in 1959 and a Ph.D. degree in Comparative Literature from Harvard University in 1965. He was a professor of Greek and Latin literature at Harvard University, Yale University, and Princeton University. He wrote the screenplay for The Beatles' 1968 motion picture, Yellow Submarine. He wrote several novels include: Oliver's Story, Man, Woman and Child, Doctors, and Acts of Faith. He wrote other books include: The Class, Prizes, Only Love, Roman Laughter: The Comedy of Plautus, Fairy Tale, and The Death of Comedy.