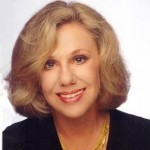 Erica Jong was born in New York City, USA. She is an American author, novelist, poet, and teacher best known for her fiction and poetry, and particularly for her 1973 novel Fear of Flying. The book became famously controversial for its attitudes towards female sexuality and figured prominently in the development of second-wave feminism. According to Washington Post, it has sold more than 20 million copies worldwide. She has written fiction works include: Fear of Flying, How to Save Your Own Life, Parachutes & Kisses, Any Woman's Blues, Sappho's Leap, and Fear of Dying. She has written Non-fiction works include: The Devil at Large: Erica Jong on Henry Miller, Fear of Fifty: A Midlife Memoir, What Do Women Want? bread roses sex power, and Seducing the Demon: writing for my life. She has written poems include: Fruits & Vegetables, Half-Lives, Loveroot, Ordinary Miracles, and Love Comes First.