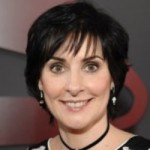 Enya was born in Gweedore, County Donegal, Ireland. She is an Irish singer-songwriter, and record producer. She began her music career in 1980 as a member of Clannad, her family's Celtic band. Her albums list shown below: Enya, Watermark, Shepherd Moons, The Memory of Trees, A Day Without Rain, Amarantine, And Winter Came, and Dark Sky Island. Her songs list shown below: Caribbean Blue, Anywhere Is, Only Time, May It Be, Orinoco Flow, and The Lord of the Rings: The Fellowship of the Ring. Between 1993 and 2007, she won four Grammy Awards for Best New Age Album and received a World Music Award in 2001 for Best-Selling Female Artist.