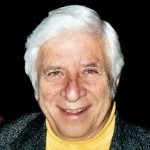 Elmer Bernstein was born in New York City, New York, USA. He was an American composer, lyricist, and conductor best known for his many film scores. His most popular works include the scores to The Magnificent Seven, The Ten Commandments, The Great Escape, To Kill a Mockingbird, Ghostbusters, The Black Cauldron, Airplane!, The Rookies, and Cape Fear. He won an Oscar for his score to Thoroughly Modern Millie and was nominated for fourteen Oscars in total. He also won two Golden Globes and was nominated for two Grammy Awards. He wrote the theme songs or other music for more than 200 films and TV shows, including The Magnificent Seven, The Great Escape, The Ten Commandments, and To Kill a Mockingbird.