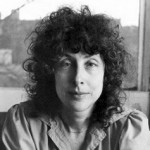 Ellen Jane Willis was born in New York City, New York, USA. She was an American left-wing political essayist, journalist, activist, feminist, and pop music critic. She was the author of several books of collected essays. She was known for her feminist politics. In the late 1960s and 1970s, she was the first pop music critic for The New Yorker, and later wrote for, among others, the Village Voice, The Nation, Rolling Stone, Slate, and Salon. Her 1981 essay, Lust Horizons: Is the Women's Movement Pro-Sex? is the origin of the term, "pro-sex feminism". She was a strong supporter of women's abortion rights, and in the mid 1970s was a founding member of the pro-choice street theater and protest group No More Nice Girls. The Essential Ellen Willis, edited by Nona Willis Aronowitz, won the 2014 National Book Critics Circle Award.