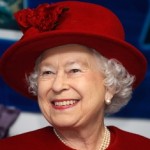 Elizabeth II was born in 17 Bruton Street, Mayfair, London, UK. She is, and has been since her accession in 1952, Queen of the United Kingdom, Canada, Australia and New Zealand, and Head of the Commonwealth. She is also Queen of 12 countries that have become independent since her accession: Jamaica, Barbados, the Bahamas, Grenada, Papua New Guinea, Solomon Islands, Tuvalu, Saint Lucia, Saint Vincent and the Grenadines, Belize, Antigua and Barbuda, and Saint Kitts and Nevis. She was born in London as the elder daughter of the Duke and Duchess of York, later King George VI and Queen Elizabeth, and educated privately at home. In 1947, she married Philip, Duke of Edinburgh, with whom she has four children: Charles, Anne, Andrew, and Edward.