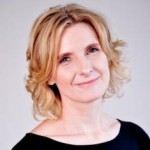 Elizabeth M. Gilbert was born in Waterbury, Connecticut, USA. She is an American biographer, short story writer, novelist, and memoirist. She earned a Bachelor of Arts degree in Political Science from New York University in 1991. She is best known for her 2006 memoir, Eat, Pray, Love, which as of December 2010 has spent 199 weeks on the New York Times Best Seller list, and was also made into a film by the same name in 2010. Gilbert's first book Pilgrims, a collection of short stories, received the Pushcart Prize and was a finalist for the PEN/Hemingway Award. This was followed by her novel Stern Men, selected by The New York Times as a "Notable Book." In 2002 she published The Last American Man, a biography of Eustace Conway, was nominated for National Book Award. She published her second novel, The Signature of All Things, in 2013. She was named amongst Time 100 most influential people in the world, by TIME magazine.