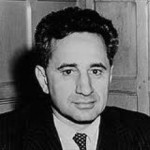 Elia Kazan was born in Istanbul, Turkey. He was an American director, producer, screenwriter and actor, described by The New York Times as "one of the most honored and influential directors in Broadway and Hollywood history". After studying acting at Yale, he acted professionally for eight years, later joining the Group Theater in 1932, and co-founded the Actors Studio in 1947. With Robert Lewis and Cheryl Crawford, his actor's studio introduced "Method Acting" under the direction of Strasberg. He acted in a few films, including City for Conquest. Noted for drawing out the best dramatic performances from his actors, he directed 21 actors to Oscar nominations, resulting in nine wins. He directed a string of successful films, including A Streetcar Named Desire, On the Waterfront, and East of Eden. During his career, he won two Oscars as Best Director and received an Honorary Oscar, won three Tony Awards, and four Golden Globes.