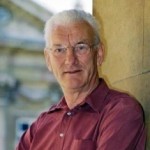 Don Cupitt was born in Oldham, Lancashire. He is an English philosopher, priest, and professor of the University of Cambridge, though is better known as a popular writer, broadcaster and commentator. He studied, successively, natural sciences, theology and the philosophy of religion. He has written 40 books—which have been translated into Dutch, Persian, Polish, Korean, Portuguese, Danish, German and Chinese. He first provoked hostile notice by his participation in the symposium The Myth of God Incarnate, and then became nationally known for his media work — especially the three BBC Television projects Open to Question, Who was Jesus?, and The Sea of Faith.