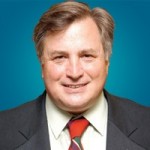 Richard S. "Dick" Morris was born in New York City, New York. He is an American political author,  political campaign consultant, and political advisor. A friend and advisor to Bill Clinton during his time as Governor of Arkansas, Morris became a political adviser to the White House after Clinton was elected president in 1992. With his wife, Eileen McGann, Dick has written fourteen books, including ten New York Times best sellers. Internationally, he has piloted the successful campaigns of presidents or prime ministers of Mexico, Colombia, Argentina, Uruguay, Kenya, Spain, Hungary, Poland, Taiwan, and Japan. He earned a Bachelor of Arts degree at Columbia University in 1967.