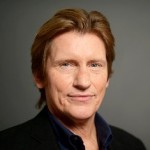 Denis Colin Leary was born in Worcester, Massachusetts. He is an American - Irish actor, screenwriter, producer, and comedian. He is a citizen of both the United States and Ireland. He graduated from Emerson College, in Boston. He has starred in many motion pictures, most recently as Captain George Stacy in Marc Webb's 2012 film The Amazing Spider-Man, Cleveland Browns Head Coach Vince Penn in Ivan Reitman's 2014 film Draft Day, and the voice of Diego in the Ice Age franchise. As of 2015, he wrote and has been starring in the comedy series Sex&Drugs&Rock&Roll, which premiered on FX on July 16.
Leary's TV drama, Rescue Me, which he created, produces, and stars in, brought him acclaim in the drama realm, and his Fund for New York's Bravest is an inspirational charity that helps the families of firefighters who died on 9/11.