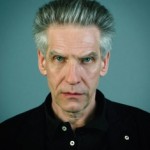 David Paul Cronenberg was born in Toronto, Ontario, Canada. He is a Canadian actor, director, producer and screenwriter. In the first half of his career, he explored these themes mostly through horror and science fiction, although his work has since expanded beyond these genres. He has been called "the most audacious and challenging narrative director in the English-speaking world." He has also appeared as an actor in other directors' films. Most of his roles are cameo appearances, as in Into The Night, Jason X, To Die For, Blood and Donuts and Alias, but on occasion he has played major roles, as in Nightbreed or Last Night. In 2012, his film Cosmopolis competed for the Palme d'Or at the 2012 Cannes Film Festival. His early works include Scanners, the remake of The Fly, The Brood, Videodrome and eXistenZ. In 2014, Cronenberg published his first novel, Consumed.