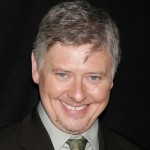 David Scott "Dave" Foley was born in Etobicoke, Ontario, Canada. He is a Canadian actor, comedian, screenwriter, director and producer, best known for his work in The Kids in the Hall and NewsRadio. In 1987, he played Lewis Allen in the TV mini-series Anne of Avonlea. He released his stand-up special, Relatively Well in January 2013, distributed by Showtime. In A Bug's Life, he voiced Flik, an ant who tries to gain respect for his colony. He hosted the CBC Christmas Special, The True Meaning of Christmas Specials. In 2004, he became host of Celebrity Poker Showdown on Bravo. In February 2013, he played Detective Bob in the TV Land sitcom, Hot in Cleveland, starred in the third season of Robson Arms on CTV and also starred CTV's new sitcom Spun Out in 2014.