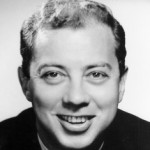 Cy Coleman was born in New York City, New York. He was an American composer, lyricist, and pianist. His first collaborator was Joseph Allen McCarthy, but his most successful early partnership, albeit a turbulent one, was with Carolyn Leigh. The pair wrote many pop hits, including "Witchcraft" and "The Best Is Yet to Come." In 1980, Coleman served as producer and composer for the circus-themed Barnum, which co-starred Jim Dale and Glenn Close. Later in the decade, he collaborated on Welcome to the Club with A. E. Hotchner, and City of Angels with David Zippel. Coleman's film scores include Father Goose, The Art of Love, Garbo Talks, Power, and Family Business. He studied at the New York College of Music, graduating in 1948.