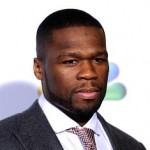 Curtis Jackson better known by his stage name 50 Cent was born in South Jamaica, Queens, New York. He is an American rapper, singer, entrepreneur, investor and actor from New York City. In 2003 he founded G-Unit Records, signing his G-Unit associates Young Buck, Lloyd Banks and Tony Yayo. He had similar commercial and critical success with his second album, The Massacre, which was released in 2005. He released his fifth studio album, Animal Ambition, in 2014 and is working on his sixth studio album: Street King Immortal, scheduled for release in 2015. During his career Jackson has sold over 30 million albums worldwide and won several awards, including a Grammy Award, thirteen Billboard Music Awards, six World Music Awards, three American Music Awards and four BET Awards. He has pursued an acting career, appearing in the semi-autobiographical film Get Rich or Die Tryin', the Iraq War film Home of the Brave and Righteous Kill.