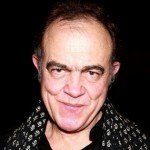 Christian Marie Marc Lacroix was born in Arles, France. He is a French fashion designer. At a young age he began sketching historical costumes and fashions. Lacroix graduated from high school in 1969 and moved to Montpellier, to study Art History at the University of Montpellier. In 1989, Lacroix launched jewelry, handbags, shoes, glasses, scarves, and ties. In this same year, he opened boutiques within Paris, Arles, Aix-en-Provence, Toulouse, London, Geneva, and Japan. In 2004, Lacroix launched a lingerie for women line, as well as a menswear line. He has designed many dresses for Hollywood stars. He has also been the designer of the new uniform of Air France staff and crew in 2004. In 2011, he started collaborating with the Barcelona-based clothing brand Desigual.