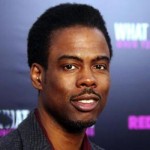 Chris Rock was born in Andrews, South Carolina. He is an American comedian, actor, screenwriter, producer, and film director. He was voted the fifth-greatest stand-up comedian in a poll conducted by Comedy Central. In 1991, he released his first comedy album, Born Suspect and won acclaim for his dramatic role as a crack addict in the film New Jack City. Though he started off with supporting roles in films such as Dogma, Beverly Hills Ninja, Lethal Weapon 4, and Nurse Betty, he went on to star in films like The Longest Yard, Bad Company, and Down to Earth. Rock has also increasingly worked behind the camera, both as a writer and director of Head of State and I Think I Love My Wife. In the fall of 2005, the UPN television network premiered a comedy series called Everybody Hates Chris, based on Rock's school days, of which he is the executive producer and narrator. The show has garnered both critical and ratings success. The series was nominated for a 2006 Golden Globe for Best TV Series, a 2006 People's Choice Award for Favorite New Television Comedy, and two 2006 Emmy Awards for costuming and cinematography.