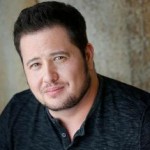 Chaz Salvatore Bono was born in Los Angeles, California. He is an American  activist, musician and writer. He began a short music career with the band Ceremony, which released one album, Hang Out Your Poetry, in 1993. The band featured Bono on vocals, acoustic guitar, and percussion. In April 1995, Bono came out as a lesbian in an interview with The Advocate, a national gay and lesbian magazine. The 1998 book Family Outing detailed how Bono's coming out "catapulted me into a political role that has transformed my life, providing me with affirmation as a lesbian, as a woman, and as an individual." He worked as a writer at large for The Advocate. As a social activist, Bono became a spokesperson for the Human Rights Campaign, promoted National Coming Out Day, campaigned for the reelection of Bill Clinton for US President. He is a transgender man. Between 2008 and 2010, Bono underwent female-to-male gender transition.