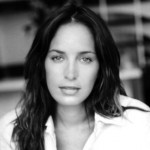 Chantal Jennifer Kreviazuk was born in Winnipeg, Manitoba, Canada. She is a Canadian singer-songwriter and pianist. She is also a classically trained pianist, and can play the guitar. Kreviazuk's first album, Under These Rocks and Stones, was released in June 1997 to critical praise. The album was certified double platinum by the CRIA for selling over 200,000 copies in the Canada, fueled mostly by the singles "Surrounded" and "God Made Me". In 1999, Kreviazuk released her second album. Titled Colour Moving and Still, it featured tracks written with her new husband, Raine Maida, lead singer of Our Lady Peace. Her third album, What If It All Means Something, was released in 2002. On October 28, 2008, she released her first compilation album, Since We Met: The Best of 1996-2006. On October 13, 2009, she released her fifth studio album, Plain Jane. Her first live album, entitled In This Life, was released on July 3, 2012. She sang the song live on December 12 on the Toronto radio station 104.5 CHUM FM.