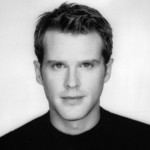 Cary Elwes was born in Westminster, London. He is a British actor, producer and best-selling author known for his roles in The Princess Bride, Robin Hood: Men in Tights, Days of Thunder, Bram Stoker's Dracula, Hot Shots!, Twister, Liar, Liar and as Dr. Lawrence Gordon in Saw. As a teenager he also worked as a production assistant on the films Absolution, Octopussy and Superman, where he was assigned to Marlon Brando. He continued working steadily, varying between dramatic roles, as in the Academy Award-winning Glory, and comedic roles, as in Hot Shots!. In 1993, he starred as Robin Hood in Mel Brooks's comedy, Robin Hood: Men in Tights. Elwes also appeared in such films as Francis Coppola's adaptation of Bram Stoker's Dracula, The Crush, Rudyard Kipling's The Jungle Book, Twister, Liar Liar, and Kiss the Girls. In 2012, Elwes starred in the independent drama The Citizen. Elwes made his first television appearance in 1996 as David Lookner on Seinfeld.