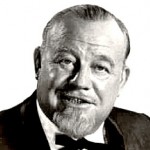 Burl Ives was born in Jasper County, Illinois near Newton, Illinois. He was an American actor, writer, and folk singer. As an actor, Ives's work included comedies, dramas, and voice work in theater, television, and motion pictures. Ives's autobiography, The Wayfaring Stranger, was published in 1948. He also wrote or compiled several other books, including Burl Ives' Songbook, Tales of America, Sea Songs of Sailing, Whaling, and Fishing, and The Wayfaring Stranger's Notebook.