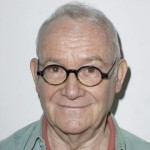 Buck Henry was born in New York City. He is an American actor, writer, film director, and television director. He has been nominated for an Academy Award twice, once in 1968 for Best Adapted Screenplay for The Graduate and once in 1979 for Best Director for Heaven Can Wait. He was a co-creator and writer for Get Smart, with Mel Brooks. He appeared on the television show Will and Grace in 2005. In 2011, he appeared in a multi-episode arc of Hot in Cleveland as Elka's groom. Henry hosted NBC's Saturday Night Live ten times, appearing first in 1976, and for the last time in 1980. Henry has appeared in more than 40 films including The Graduate, Candy, Catch-22, Taking Off, The Man Who Fell to Earth, Gloria, Eating Raoul, Aria, Tune in Tomorrow, Defending Your Life, The Player, and Grumpy Old Men.