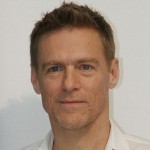 Bryan Adams was born in Kingston, Ontario. He is a Canadian singer, musician, producer, actor, social activist, and photographer. Adams has been one of the most successful figures of the world of rock music during last three decades. He's known for his strong husky vocals and energetic live performances, and he has sold more than 100 million records, making him one of the world's best-selling music artists and the best-selling Canadian rock artist of all time. In 1991, he released his popular Waking Up the Neighbours album which included " I Do It for You", one of the best-selling singles of all time. For his contributions to music, Adams has garnered many awards and nominations, including 20 Juno Awards among 56 nominations, 15 Grammy Award nominations including a win for Best Song Written Specifically for a Motion Picture or Television in 1992. He has also won MTV, ASCAP, American Music awards, two Ivor Novello Awards for song composition and has been nominated five times for Golden Globe Awards and three times for Academy Awards for his songwriting for films. Adams was awarded the Order of Canada and the Order of British Columbia.