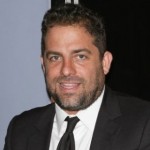 Brett Ratner was born and raised in Miami Beach, Florida. He is an American filmmaker and music video director. He is known for directing the Rush Hour film series, The Family Man, Red Dragon, X-Men: The Last Stand, and Tower Heist. He was also a producer on the Fox drama series, Prison Break, as well as the black comedy Horrible Bosses and its 2014 sequel. Ratner had directed hundreds of music videos and one film, the 1997 action comedy Money Talks, before reaching commercial success with the action-comedy Rush Hour, starring Jackie Chan and Chris Tucker, both of whom reunited with Ratner for two sequels, Rush Hour 2 and Rush Hour 3. In May 2008, it was announced that Ratner would be directing the long in-development Beverly Hills Cop IV, which was confirmed on December 6, 2013. Ratner directed and served as an executive producer on the 2011 CBS comedy-drama television series CHAOS. In May 2011, it was announced that Ratner signed on to direct The 39 Clues, the live-action adaptation of the young-adult book series. On August 4, 2011, the Academy of Motion Picture Arts and Sciences announced Ratner would produce the 84th Academy Awards with Don Mischer.