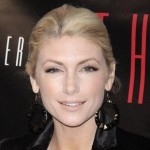 Brande Roderick was born in Novato, California. She is an American model and actress known for her appearances in Baywatch and Playboy. In April 2000, she was selected as Playmate of the Month and then became the Playmate of the Year in 2001. In 2003, she starred in the Bollywood movie Out of Control, as the American wife of an Indian man  who, on a visit to India, gets pressured by his family into marrying an Indian girl. Other recent film credits include, Starsky & Hutch, Snoop Dogg's Hood of Horror, Club Wild Side 2 and The Nanny Diaries. In addition, she has guest-starred in, Joey, The Parkers, Just Shoot Me!, Fear Factor and Beverly Hills, 90210. In April 2009, Roderick served as host of the Playboy Shootout reality competition on Playboy TV.