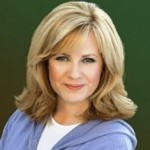 Bonnie Hunt was born in Chicago, Illinois. She is an American stand-up comedienne, actress, director, producer, writer, host, and voice artist. She has appeared in Rain Man, Beethoven, Beethoven's 2nd, Jumanji, Jerry Maguire, The Green Mile, Cheaper by the Dozen, and Cheaper by the Dozen 2. Hunt has done voice work in A Bug's Life, Monsters, Inc., Monsters University, Toy Story 3, Cars, and Cars 2. Hunt has starred in Grand and Davis Rules, as well as creating, producing, writing, and starring in The Building, Bonnie, and Life with Bonnie. From 2008 to 2010, she hosted The Bonnie Hunt Show. In 1982, she worked as an oncology nurse at Northwestern Memorial Hospital in Chicago.