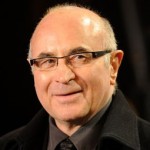 Bob Hoskins was born in Bury St Edmunds, West Suffolk, England. He was an English actor, known for playing Cockneys and gangsters. His best known works include lead roles in The Long Good Friday, Mona Lisa, Who Framed Roger Rabbit, Mermaids, Super Mario Bros., and supporting performances in Brazil, Hook, Nixon, Mrs. Henderson Presents, A Christmas Carol, Made in Dagenham, and Snow White and the Huntsman. Hoskins received the prestigious Prix d'interprétation masculine, and won the BAFTA Award for Best Actor in a Leading Role and the Golden Globe Award for Best Actor – Motion Picture Drama for his role in Mona Lisa. He was also nominated for the Academy Award for Best Actor for the same role. In 2009, he won an International Emmy Award for Best Actor for his appearance on the BBC One drama The Street.