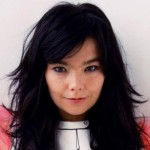 Bjork Guomundsdottir was born in Reykjavík, Iceland. She is an Icelandic alternative rock singer-songwriter, multi-instrumentalist, producer and occasional actress. She initially became known as the lead singer of the alternative rock band The Sugarcubes, whose 1987 single "Birthday" was a hit on US and UK indie stations and a favorite among music critics. Björk began her career as a solo artist in 1993. Her first album, Debut, was rooted in electronic dance music, house, jazz and trip-hop, and is widely credited as one of the first albums to introduce electronic dance music into mainstream pop. Björk has won four BRIT Awards, four MTV Video Music Awards, one MOJO Award, three UK Music Video Awards, 21 Icelandic Music Awards and, in 2010, the Polar Music Prize from the Royal Swedish Academy of Music in recognition of her "deeply personal music and lyrics, her precise arrangements and her unique voice." She has also been nominated for 14 Grammy Awards, one Academy Award, and two Golden Globe Awards. She won the Best Actress Award at the 2000 Cannes Film Festival for her performance in Dancer in the Dark.