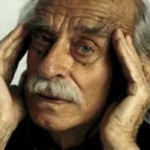 Bernard Rudofsky was a Moravian-born American writer, architect, collector, teacher, designer, and social historian. Rudofsky earned a doctorate in architecture in Austria before working in Germany, Italy, and a dozen other countries. He temporarily settled in Brazil in the 1930s and opened an architectural practice there, building several notable residences in São Paulo. An entry in a 1941 design competition brought an invitation from MOMA to tour the US; in the wake of Pearl Harbor, as an Austrian native, he was given the option of staying in the US. He remained based in New York City until his death, although he continued to travel. Rudofsky variously taught at Yale, MIT, Cooper-Hewitt, Waseda University in Tokyo, and the Royal Academy of Fine Arts in Copenhagen. He was a Ford, Fulbright and Guggenheim Fellow.