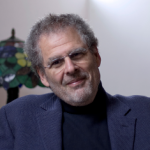 Bernard Avishai was born in Montreal, Quebec, Canada. He is adjunct  Professor of Business, Hebrew University of Jerusalem, splits his time between Jerusalem and Wilmot, New Hampshire. He has taught at Duke, MIT, and Dartmouth, and was director of the Zell Entrepreneurship Program at the Interdisciplinary Center, Herzliya, Israel. From 1998 to 2001 he was International Director of Intellectual Capital at KPMG LLP.  From 1986 to 1991 he was technology editor of Harvard Business Review. A Guggenheim Fellow, Avishai holds a doctorate in political economy from the University of Toronto. He is the author of three books on Israel, including the widely read The Tragedy of Zionism, and the recently published The Hebrew Republic. He's written dozens of articles and commentaries for The New Yorker, The New York Review of Books, Harvard Business Review, Harper's and many other publications.