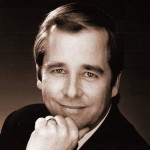 Lloyd Vernet Beau Bridges III is an American actor and director. Bridges was born in Los Angeles, California, the son of actors Lloyd and Dorothy Bridges. In 1965, he guest-starred as Corporal Corbett in Then Came the Mighty Hunter, Season 2, Episode 3 of the TV series Twelve O'Clock High. Other TV roles followed in the mid-1960s on shows including The Fugitive, Bonanza, and The Loner. He found steady work in television and film throughout the 1970s and 1980s. Feature films of note during this time were The Other Side of the Mountain 1975, Greased Lightning 1977, Norma Rae 1979, Heart Like a Wheel 1983, and The Hotel New Hampshire 1984. In 2009, Bridges guest-starred as Eli Scruggs on the 100th episode of Desperate Housewives and received an Emmy Award nomination for his performance. On January 3, 2012, he took on the role of J.B. Biggley in the hit revival of the Broadway musical How to Succeed in Business Without Really Trying, taking over for John Larroquette. He was contracted to play the role until July 1, 2012, however the revival is now set to close May 20, 2012.