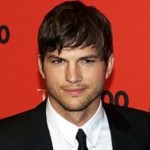 Ashton Kutcher was born in Cedar Rapids, Iowa. He is an American actor, producer, investor, and former model. He portrayed Michael Kelso in the Fox sitcom That '70s Show. He also created, produced and hosted Punk'd and had lead roles in the Hollywood films Jobs, Dude, Where's My Car?, Just Married, The Butterfly Effect, The Guardian and What Happens in Vegas. Kutcher currently stars as Walden Schmidt on the CBS sitcom Two and a Half Men, replacing Charlie Sheen in 2011. After participating in an IMTA competition in 1998, Kutcher signed with Next modeling agency in New York, appeared in commercials for Calvin Klein, and models in Paris and Milan. He appeared in the 2003 family film, Cheaper By The Dozen, as a self-obsessed actor. In 2003, Kutcher produced and starred as the host in his own series, MTV's Punk'd that involved hidden camera tricks performed on celebrities.