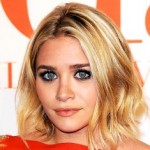 Ashley Fuller Olsen was born in Sherman Oaks, California. She is an American actress, fashion designer, producer, author, and businesswoman. She co-founded luxury fashion brands The Row, Elizabeth and James, and the more affordable lines Olsenboye and StyleMint with her twin sister Mary-Kate Olsen. Olsen began her career at the age of nine months old, when she and Mary-Kate were hired to share the role of Michelle Tanner on the popular television series Full House in 1987. She starred in the video series The Adventures of Mary-Kate & Ashley, the ABC show Two of a Kind, and ABC Family's So Little Time. She and her sister were jointly ranked number three on the VH1 program 100 Greatest Child Stars. In October 2013, Olsen appeared in the music video for "City of Angels" by Thirty Seconds to Mars. In 2004, both Ashley and Mary-Kate Olsen became co-presidents of their company Dualstar, the brand currently selling in over 3,000 stores in America and 5,300 stores worldwide. They started a clothing line in Wal-Mart stores across America for girls ages 4 to 14 as well as a beauty line called Mary-Kate and Ashley: Real Fashion for Real Girls. In 2008, Mary-Kate and Ashley Olsen wrote Influence, a book featuring interviews with fashion designers that have inspired the girls' fashion lines.