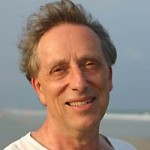 Ariel Dorfman is an Argentine-Chilean novelist, playwright, essayist, academic, and human rights activist. A citizen of the United States since 2004, he has been a professor of literature and Latin American Studies at Duke University, in Durham, North Carolina since 1985.  He attended and later worked as a professor at the University of Chile, marrying Angélica Malinarich in 1966 and becoming a Chilean citizen in 1967. From 1968 to 1969, he attended graduate school at the University of California at Berkeley and then returned to Chile. Since the restoration of democracy in Chile, in 1990, he and his wife Angélica have divided their time between Santiago and the United States. From 1970 to 1973, Dorfman served as a cultural advisor to president Salvador Allende. Dorfman's works have been translated into more than 40 languages and performed in over 100 countries. He has won various international awards, including two Kennedy Center Theater Awards. In 1996, with his son, Rodrigo, he received an award for best television drama in Britain for Prisoners in Time.