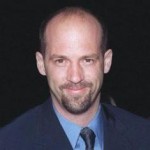 Anthony Charles Edwards was born in Santa Barbara, California. He is an American actor and director. He has appeared in various movies and television shows, including Fast Times at Ridgemont High, Top Gun, Zodiac, Miracle Mile, Revenge of the Nerds, Planes, Northern Exposure, and ER.  He received a scholarship to the Royal Academy of Dramatic Arts in England and studied theatre at University of Southern California but by the age of nineteen was being offered enough acting work to enable him to leave college. Edwards has English, Scottish, Irish, German, and Mexican descent. Edwards's early work includes a co-starring role in the TV series It Takes Two with Richard Crenna and Patty Duke Astin as his parents and Helen Hunt as his sister. In 2010, Edwards appeared in the movie Motherhood, which set a record for the biggest bomb in British cinema history garnering just £88 on 11 tickets on opening weekend. In the United States Motherhood did not fare much better earning just $93,388 in three weeks of release. In 2013, Edwards returned to episodic television with the conspiracy drama, Zero Hour, playing the male lead Hank Galliston.