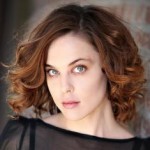 Anna Christine Nalick was born and raised in Temple City, California. She is an American singer-songwriter. Her debut album, Wreck of the Day, featuring her first radio hit, "Breathe ", was released on April 19, 2005. Nalick left her label under Sony in 2009 after a falling-out surrounding the release of her second album. On March 2, 2011, Nalick announced her new album Broken Doll & Odds & Ends to be released May 2011, but after several delays, the album was released on June 5. In another interview, Nalick recalls showing off her talents to her third grade teacher, who then remarked that she'd end up "one day on The Tonight Show with Jay Leno." Nalick did perform in 2005 on The Tonight Show, making sure to invite the teacher to the audience. Nalick initially decided to go to college before pursuing her dream of music, continuing to record her songs on a Rainbow Brite cassette recorder. In October 2003, putting her college plans on hold, she signed on with Columbia Records.  The result was her album Wreck of the Day, released two years later.