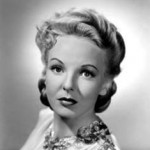 Anna Lee was born in Ightham, Kent, England. She was an English actress.  When she and her first husband, director Robert Stevenson, moved to Hollywood she became associated with John Ford, appearing in several of his films, notably How Green Was My Valley, Two Rode Together and Fort Apache. She worked for producer Val Lewton in the horror/thriller Bedlam and had a lead role opposite Brian Donlevy and Walter Brennan in Fritz Lang's Hangmen Also Die!, a wartime thriller about the assassination of Reinhard Heydrich. Lee made frequent appearances on television anthology series in the 1940s and 1950s, including Robert Montgomery Presents, The Ford Theatre Hour, Kraft Television Theatre, Armstrong Circle Theatre and Wagon Train. She had a small, but memorable, role as Sister Margaretta in The Sound of Music. In 1994, she took the leading role of the feature film What Can I Do?, directed by Wheeler Winston Dixon. On 21 May 2004, she was posthumously awarded a Daytime Emmy Lifetime Achievement Award; she was scheduled to receive the award for months, but died before she could receive it. Lee's son attended to accept the award on her behalf.